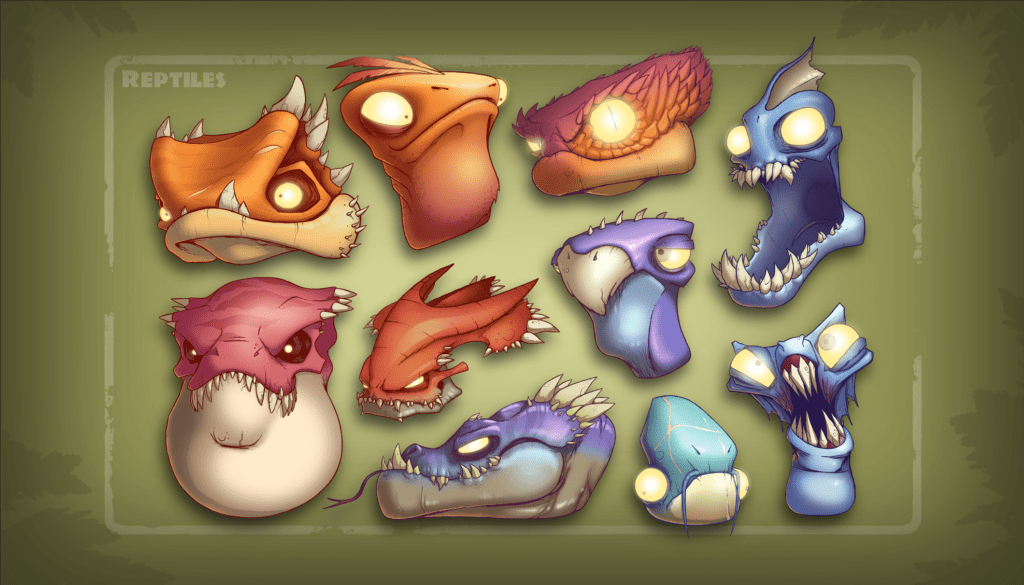 Peter Menhennitt is a founding member of Game Plus in Canberra and has over a decade of experience in the games industry as a Project Manager, Team Lead and Art Director. He has produced work for an extensive list of companies, including Pepsi, KFC, Volkswagen, Atlassian, Samsung, Nutella, and game companies such as Dreamgate Studios and Tech Tree interactive.

He has an extensive skill set and a talent for detail, but above all, his drive and commitment have seen him smash out successful project after project. He is currently working on a feature film that is sure to represent his unique and talented art style.

In his spare time, he likes to paint 3D printed miniatures, cook, and tinker with smart home devices. 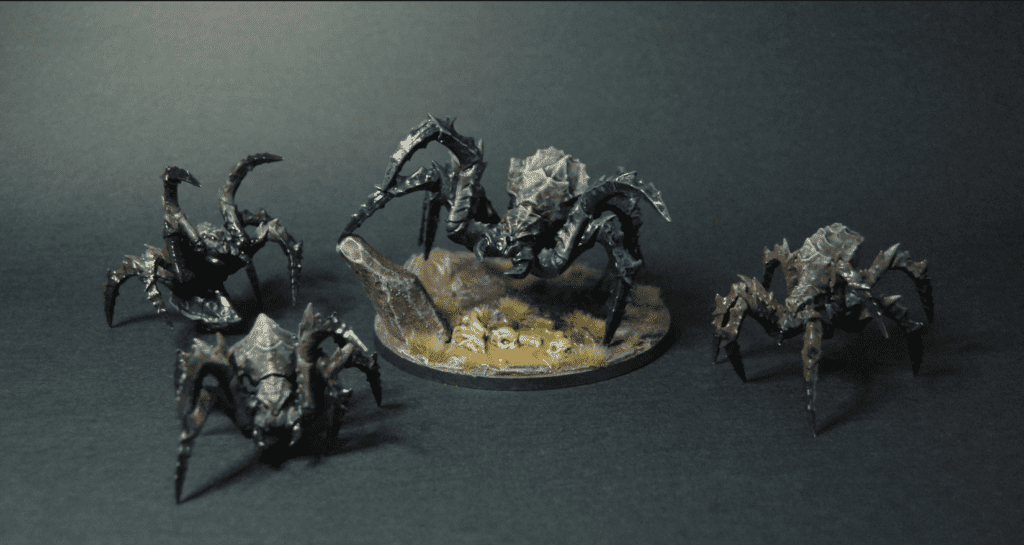 Could you tell us a bit about what you do?

Peter: At this stage, I contract for Upsurge with Ben Roach. I do a number of different things through that. We get to touch base on some game things here and there. At the moment, I’m also working on a feature film doing virtual pre-production in Unreal.

Most people probably aren’t aware Unreal can be used for film production.

Peter: Oh, absolutely. Recently in The Mandalorian, the virtual production space that they’re doing it and the camera tech is real-time rendered on the big screen with cameras and everything using Unreal Engine.

Is there a reason why you are using Unreal, or is it just more uniquely adjustable over Unity?

Peter: I believe it’s the other way around. Really for me, Unity is more flexible but Unreal does some things really well. Like if you want to make something look photorealistic, such as a landscape or something like that it’s already set up to just drag and drop, and you’re good to go.

So you are working as a freelance art director or designer currently?

Peter: Yeah, more like just as a 3D artist, generalist.

You work with a number of different companies; what’s that like?

Peter: It’s pretty good. It can be pretty hectic if you’re balancing a couple of different groups or teams at any one time. Context switching is a necessary skill to be able to jump from one project where there are bigger priorities. It’s not too bad. 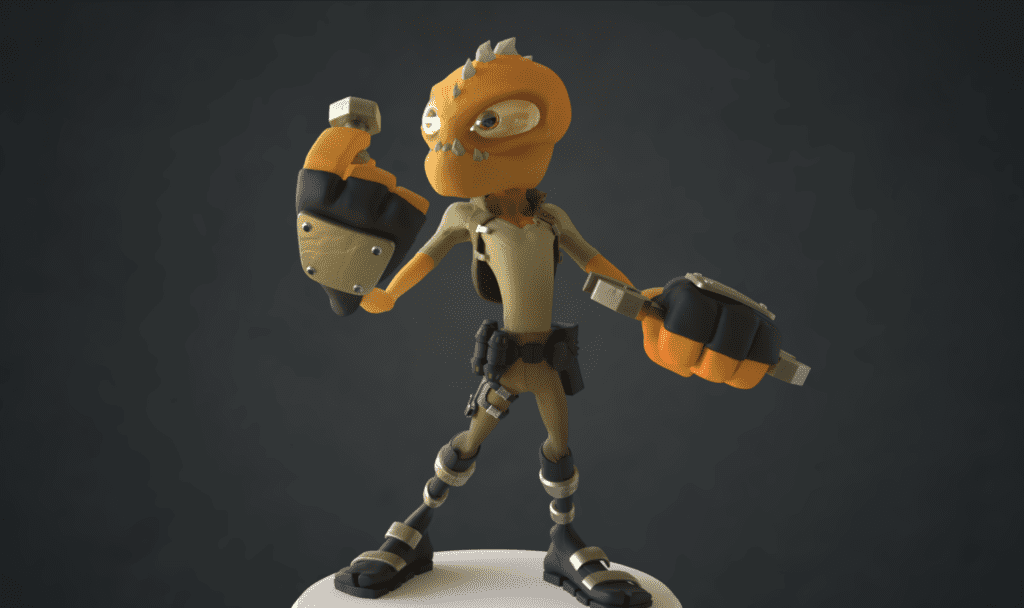 You previously worked with Unbnd and Dreamgate Studios, how would you compare freelancing to working full time in a studio setting?

Peter: The pay is better. Contracting rates may be significantly better in a creative industry like this but there is a lot more overhead that you got to keep control over. Like making sure you have money when you have sick days, paying into your super, maintaining your tax, and things like that.

Which, you know, it’s kind of all taken care of in a full-time setting. I miss the team environment though. It’s often you end up working on things remotely and you don’t really get that face-to-face kind of team environment that you do working in a studio.

Was it that community that attracted you to Game Plus?

Peter: I was around here when it first kicked off. When I graduated back in 2009, I had some involvement with Micro Forte, and after it was purchased by Wargaming another company sort of split off because Wargaming is mostly based in Sydney. They set up Dreamgate Studios of the same crew making mobile titles. It was during that time that David [De Margheriti] started Game Plus here in Canberra.

David and I met at the time and we got to work in the same kind of space and had a lot of friends here because you work together and in a similar area. But then, as things progressed and during the COVID shut down, I checked out for a year doing a project that didn’t go anywhere. So when the project fell through I joined up with Unbnd for a couple of years working on a lot of marketing applications using game dev tools like Unity and Photoshop.

When I left Unbound, I started doing contracting work, this is a year ago now. Lockdown was kind of just starting to ease up a bit and I was getting really sick of working at home. So I did end up coming back to Game Plus for some more of that social environment, that studio environment that I miss from working inside at a studio. 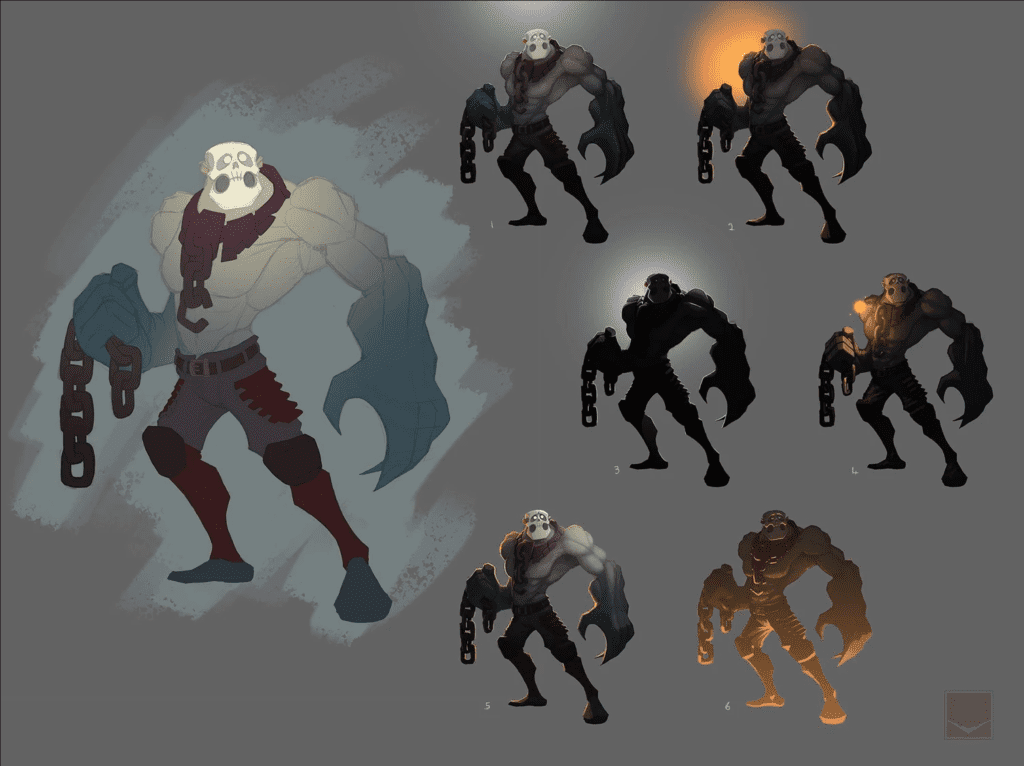 You were one of our founding members back in the day, how has it evolved since then?

Peter: It’s hard to say. It is good to see more community-based activities or local community-based activities than before. Now we have like, little ‘Walkie Talkie’ [Ed: members walking around the block each week and having a chat] and things like that where we all get to hang out and get to know each other and really kind of build those friendships a bit more outside of our little pods. Everyone else here at Game Plus is always great to see.

So as a game artist, which is a kind of a unique field, what kind of advice would you give to emerging artists in the game development industry?

There will be times that you doubt yourself, and there’ll be times that you’re on top of the world. Like, when I was studying the number of people that will give you shit for being an artist is a dime a dozen. They’ve got studios, you know, making [stuff] out in Malaysia that is dirt cheap, and the idea that it’s really not a good career to get into is [untrue]. I think if you’re talented and you do the job, you’ll be fine.

What about artists helping get themselves noticed?

Peter: So, game development is one of those industries I found it’s hard to get noticed. You move around from space to space; it’s more about who you know. I was having a conversation with someone the other day about how I should maintain my portfolio, but I don’t. A portfolio is really just to get people who don’t know me to get an idea of what it is that I can do. Whereas the people that I know and that I work with every day, already know. So definitely getting into some projects and having a strong portfolio at the get-go is really good.

You’ll find, that once you land a job you’ll start building contacts, you start getting to know people, and that grows and then you move somewhere else. And much like I think Canberra, Melbourne is pretty similar as well. In each studio and group, at some point, you will have worked with a little bit of everyone, someone will be looking to hire and someone else will say, “Hey, I know so and so who looking for a job down there.” That’s more often how you get a job than actually just waiting for the job to come out and then applying.

Usually, I’m asking this of studios, but as a freelancer, you may not be able to directly answer this question. But do you have any upcoming projects you’re excited about?

Peter: This film is a big one. It’s very exciting. It’s a sequel to my favorite film. Down the road, but yeah, more announcements will come out at some point. I will be moving on to help out contracting with Amplitude Studios, which made Endless Space and Humankind.

You can stay informed on Peter Menhennitt’s latest developments on their website.

Want to become a Game Plus member, like Peter?
Join the Game Plus national network.

Posted in Interview and tagged game plus, peter menhennitt
← OneQode and Game Plus Announce Joint PartnershipAEDA and Game Plus partner to boost gaming sector diversity →