Interested in joining Game Plus? Check out our membership options, no matter where you are in Australia. 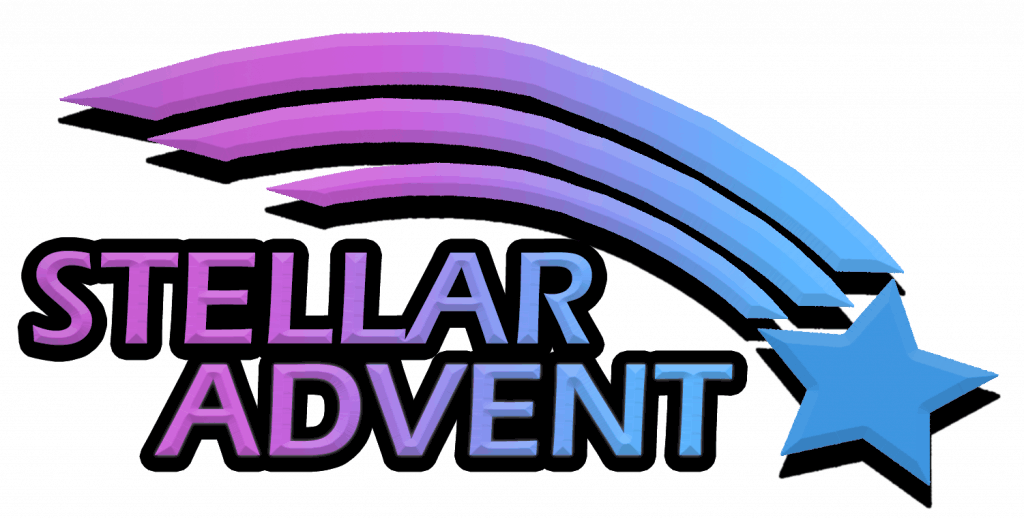 Stellar Advent is a two person independent developer company in the Adelaide Game Plus workspace. They have been with Game Plus since March 2020 and have been working on their first commercial release, Frontier Quest, which launched on both Steam and Nintendo Switch over the course of the past year.

The team consists of Sebastian Demoulin and Katie Abela, who were students together at AIE and continue to work together to this day. The team wants to make RPGs featuring 2D art and cute characters.

So, tell us about Stellar Advent and the team behind it.

Sebastian: Well, Katie and I both started in the AIE Incubator where we went through AIE together. We also went through the GDML program. We decided to stay together so that we could develop our own games.

Katie: And then we ended up doing the incubator program with Game Plus as well. We were able to get our own office space, so we could work together as a team and not have to work from home. It’s mostly just easier to work together in person.

What is the reason why you joined Game Plus specifically?

Sebastian: We started out being able to come here for free because of the Game Plus Incubator program. But once we came here, we found that the community was very helpful, especially the Adelaide game dev community here is really nice. It’s good to talk to other developers and get what’s going on kind of thing.

Katie: Yeah. Everyone’s really helpful with each other. Like, we’ve had people come over and ask us about what we’re doing. And then want to help with testing and stuff when we’ve needed testing things. So it’s really good.

Sebastian: Having people just organising events and stuff like that. And then yeah, we also found it was helpful for working together. So that’s why we’re hotdesking here right now. 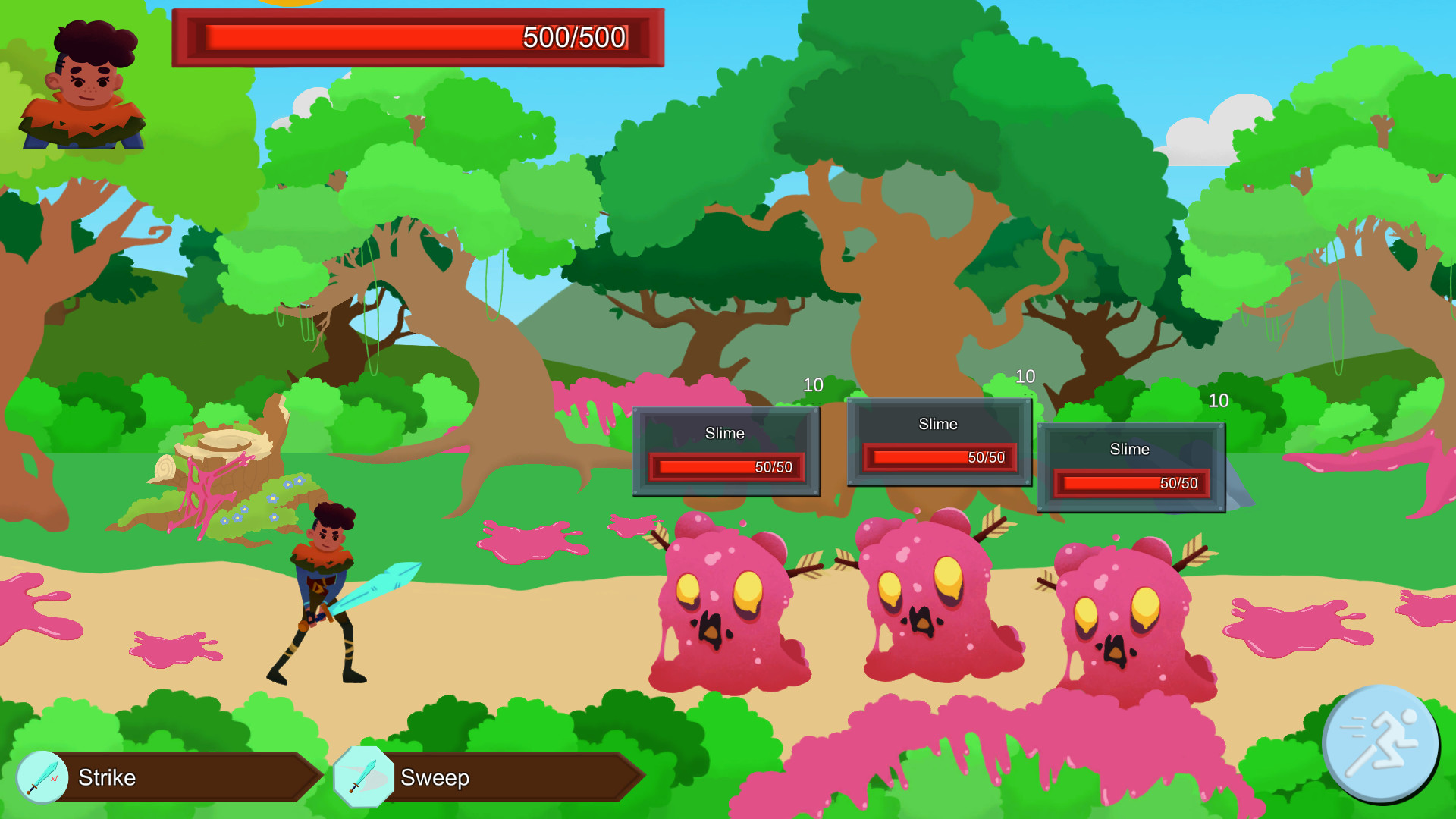 How do you feel about the gaming industry in Adelaide? Is there enough infrastructure in place for companies such as yourselves?

Sebastian: That’s a tricky one. Yeah. We’re basically starting from nothing, with not very much capital, that sort of thing. So we did find, again, the Incubator program was a great help in getting us started. But beyond that, for teams like us, there’s not really any grants and stuff that we can apply to because we don’t have any capital.

What’s the story behind the Stellar Advent name?

Sebastian: Yeah, I kind of came up with it on my own. I can’t think of the right word, but it has two meanings. As a kid, I always liked space, Stellar Advent kind of had space connotations. But also at the same time if you interpret it another way, it could mean something amazing is happening. And so that’s the kind of company that we want to be. We want to make cool things.

Katie: We came up with a bunch of other random stuff for another, but the ideas weren’t very good.

Sebastian: Actually, one thing was that I didn’t want to have ‘studio’ or any of the other like standard games kind of connotation in it. I wanted it to be its own thing.

What can you tell us about Frontier Quest?

Katie: Yes, so Frontier Quest is a kind of puzzle/RPG kind of game. So you play as an adventurer who comes across a small frontier town that you set up as kind of like a base. And you are trying to find some artifacts that have been rumored to be hidden in the frontier around this town. So you’ll go out adventuring and you will come across like campsites where you can change your equipment. And then you go through like a series of roads that have different enemies down them, and certain equipment will be used to get through those roads.

Sebastian: Yeah, the gameplay loop is basically that you use the equipment to beat the enemies on the path. And then as you collect things in the frontier, that allows you to complete the quests, and then the townsfolk give you more equipment so that you can beat different enemies, and so on and so forth. It has that kind of puzzle progression to it as well as making it an RPG game. 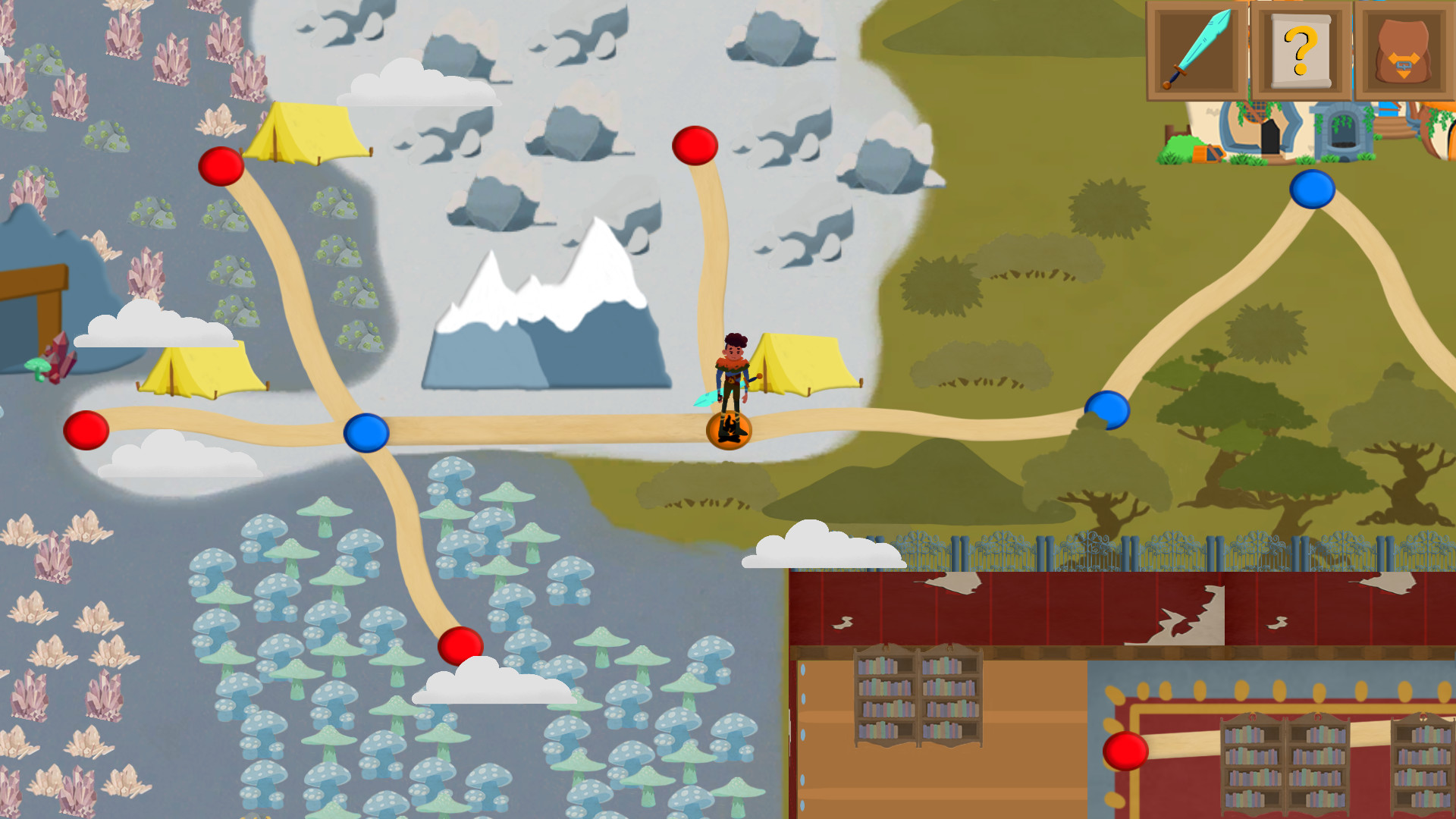 What inspired you both to make Frontier Quest?

Sebastian: Originally, it was a game that we started working on in GDML (AIE’s Graduate Diploma course). We weren’t quite sure what we as a team back then wanted to create. But we wanted to try creating an RPG. And we learned the hard way that there’s a lot of complicated systems in making an RPG. So Frontier Quest is kind of a mishmash of us trying to make an RPG and this is what we made in the end.

Katie: Yeah, it was a good learning experience.

How has the launch been going so far?

Sebastian: So we’ve launched on two platforms this year, actually, back in January, we launched on Steam. We didn’t have a… let’s say ‘a hugely successful launch’. But it had enough reviews to get a positive rating and we’ve made a few sales.

But recently, we’ve released on Switch in September, and immediately, it’s already made way more sales than it did on Steam. So that’s been good for us. And we’re hoping that in the future, we can use the experience of having released in both of these platforms to make a better launch.

What was the experience like porting it over to the Nintendo Switch?

Sebastian: I did most of the porting myself. It wasn’t actually as bad as I thought it would be. There’s a lot of back and forth involved. Í had to get a dev kit and had to get the game tested, along with learning how the Switch platform works. But overall, it was a good experience. And it didn’t take me too long to do. We’re looking hopefully for being asked for future stuff with the Switch as well.

What’s next for Stellar Advent?

Katie: We’re working on it currently, starting to prototype our next game. We also just released an educational game that we did as a contract for an American company, who have a learning platform over there. So we’ve just released that. We’re hoping that brings some success as well.

Sebastian: Yeah, the interesting thing about that is that they contacted us after seeing our game on Steam. So just having our game out there was good for having people notice us.

You can buy Frontier Quest on Steam and Switch.

Want to become a Game Plus member, like Stellar Advent?
Join the Game Plus national network.